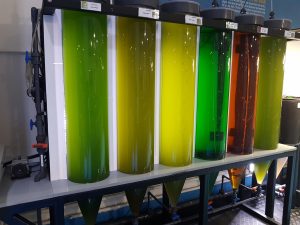 Fish has long been praised as superfood by doctors, nutritionists and specialists from all over the world. Many people choose not to eat meat or other animal products and are rather proud of their supposedly health conscious decision to consume fish. But as with almost everything else, which is heavily advertised in the media, here is something worrisome.

There is no denying that fish contains many essential omega-3 fatty acids that are known to be good for your brain. Many consider fish “brain food” because these nutrients are essential to brain health.

Unfortunately, farmed fish, especially salmon and perch, cause more harm than good, and with increasing awareness many experts claim that farmed fish are one of the most toxic foods in the world.
What is the problem with fish farms?

Today, fisheries face a number of problems, including overfishing, chemical pollution and even genetic mutations due to toxic effects. Nicholas Daniel’s documentary “Fillet-Oh-Fish” takes a critical look at the fish farming industry around the world, showing exclusive insider shots of fish farms and how they work.

According to the film producer, “the meat of the fish we eat has become a deadly chemical cocktail through intensive farming and global pollution.”

Unfortunately, aquaculture often advertises itself as a sustainable solution against the overfishing of the oceans. The reality, however, is that fish farms are actually causing more problems than they solve, and it seems that it’s more important for these companies to make a profit than sustainability or environmental concerns.

One has to conclude that farmed salmon is one of the most poisonous foods in the world.

The above mentioned film starts in Norway and documents the chemicals used in fish farms.

Kurt Oddekalv, a respected Norwegian environmental activist, is convinced that salmon farming is a disaster for human health and the environment.

Among the salmon farms of the Norwegian fjords there is a 15-meter high waste layer, which, as you can imagine, is teeming with bacteria, medicines and pesticides.

Since these farms are operated in open waters, the entire seabed has been destroyed and the pollution caused by these farms is not spatially limited.

A salmon farm can take up almost 2 million fish in a relatively small space. Due to these overcrowded conditions, diseases among fish are widespread.

To ward off disease, various pesticides are being used, and if you eat this fish, there is no doubt that you also eat these pesticides yourself.

Toxicologist Jerome Ruzzin confirmed some of Oddekalv’s statements. After testing toxins on a number of different food groups sold in Norway, he found that farmed salmon contains the largest amount of toxins, and this by extremely high levels.

The farmed salmon was five times more toxic than any other food product tested. A study in which farmed salmon were fed to mice showed how the mice became obese, especially with fat around their internal organs, and they also developed diabetes.

In recent years, it has been found that diabetes is caused by much more than just sugar, especially those caused by toxic chemicals and air pollutants in the foods we consume, and in this case, we learn that salmon is that way bred, inevitably contain far more toxins than their wild counterparts.

As highlighted in the documentation, the most surprising source of toxic exposure to fish is not even pesticides or antibiotics, but the normal dry-feed pellets. These contain a whole host of other toxic chemicals, including dioxins and PCBs, and these fish never had a chance. 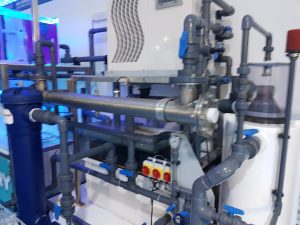 A solution to the problem would be ArtAqua’s water purification especially designed for Aquaculture.